Having problems finding the perfect gift for an Ashton Kutcher super fan? Well, this could easily be the perfect holiday gift for your lucky fan friend!!!

Jones started the bidding at a pricey $500, which is pretty darn outrageous for a used clothing. Especially a plain ‘ol gray sweater. (Even if it was allegedly worn by Ashton… Sorry buddy but this isn’t Monica Lewinsky’s famous blue dress.)

The sweater was posted over the weekend is very ummm, creatively described as, “Sweater owned by Ashton Kutcher given to me personally.”

It continues, “This sweater was given to me after spending the night with Ashton. I no longer have any attachment to this sweater and I am hoping someone else will enjoy it.” Interested parties have so far bid over $1,000!

Hmmm, I wonder if Demi is trying to buy it back?

Kutcher and his camp have not commented on the eBay sale, nor have they denied the sweater’s authenticity. 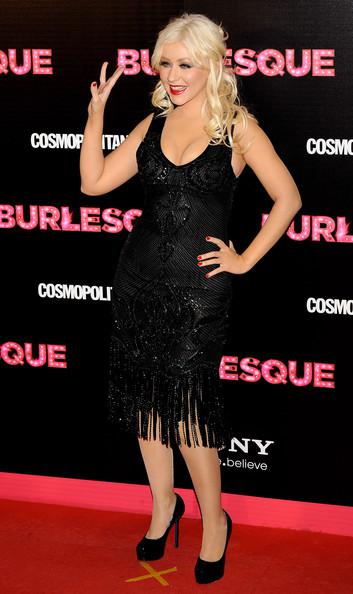 Songbird Christina Aguilera celebrated her 30th birthday in style in the French Alps this past weekend.

Aguilera recently finished a promotional tour across the whole of Europe to promote her new flick ‘Burlesque.’ Aguilera and her new beau Matt Rutler flew in from Berlin to the uber swanky French ski resort, Courchevel on Saturday.

After their arrival the couple took in a horse drawn sleigh ride to enjoy the winter wonderland. They sipped on wine as they took in the sights and views around the village.

It wasn’t all play for Christina. After they returned to the posh hotel Le Lana, Aguilera fit in a little work and made her way to Les Caves disco, where she was set to perform as a super special surprise star at Ukranian industrialist Victor Pinchuk’s 50th birthday party. The party also included a very special performance of Cirque du Soleil.

It’s been a busy week trekking all over Europe for the pair. Aguilera and Rutler have traveled London, Paris, and Berlin to promote Aguilera’s (not so jazzy film) ‘Burlesque.’

Anyway, Happy Birthday Christina!!! Hope you had an awesome time in Europe and picked up a few birthday gifts for your naughty self.