Charlie Sheen was hospitalized on Thursday but is reportedly back home and resting. According to various media outlets he suffered a hernia, from laughing to hard. Sheen was rushed to the emergency room at Cedars-Sinai Hospital in Los Angeles. His famous father Martin Sheen and ex-wife Denise Richards were both spotted arriving at the hospital. 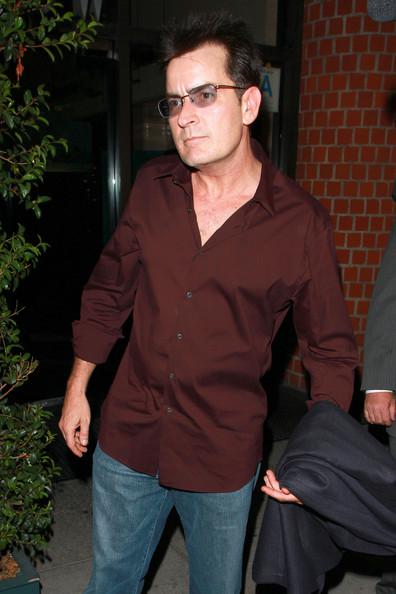 The actor’s publicist, Stan Rosenfield, told the media that the star “was having severe abdominal pains,” and that Sheen has a “long-standing hernia condition.”

Other outlets are reporting that he was partying too hard.

According to TMZ, Sheen spent a large part of his evening with Kacey Jordan, an adult movie star, and five other ladies. Jordan dished that Sheen received a “briefcase full of cocaine” during the evening, and neighbors complained to TMZ that they had to deal with loud partying at Sheen’s residence in the wee hours of the night.

“I can’t comment because I have no idea if it’s true,” explained Sheen’s publicist. “You choose to believe your source. I don’t.”

A source close to Sheen told People Magazine, “He definitely did not OD but, yes, he was partying.”

The friend added, “He doesn’t think he’s going to die. He doesn’t want to stop. In his eyes, he thinks, ‘I’m having fun, so what? I’m making $2 million a week, the show has the best ratings, I show up for up
work. What’s the problem?’ ”

Another Sheen insider added, “He loves the attention, he loves to shock people, he loves that he gets away with all of this. And he can because there are no consequences – that’s the problem. It’s who he
is, like it or leave it. Maybe at 22, you’re with five hookers, so what? But when you’re his age and a father, it’s just ridiculous.”

From his hospital bed Sheen explained, “I’m not dying.”

Well, what really happened? And what do you think? Do you believe Charlie Sheen genuinely suffered from a hernia? Or do you believe he just snorted too much coke?

Sheen earns an estimated $27.5 million a year for his role on “Two and A Half Men.” The show is ranked number one in the US with approximately 15 million weekly viewers.