Summer of 2012 seems like a very long time to have to wait to see the third installment of the best Batman film series of all time.

Seeing the trailer for the Dark Knight Rises has put right back into Batman fan mode; we’re talking movie marathons, cartoons (Batman The Animated Series, with the super square heads), Graphic Novels and this infographic.

Despite what most people thing, Batman: The Movie (1966) wasn’t actually the first time batman found himself on a movie screen. Back in 1943 there was a series of “Serials” titled Batman & Robin. You can watch some footage from these serials on the YouTubes.

While totally awesome, these aren’t feature films, which mean they don’t get to make it onto the infographic.

The infographic is filled with video, just click on the video boxes (where you see WB logos) to get things rolling. If the video simply won’t play you’re probably using an out of date browser, go and get Chrome or Firefox now.

Click on the infographic below to see the full version. 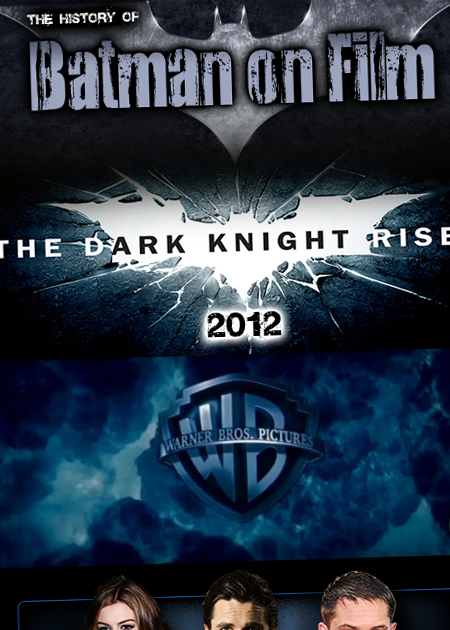