Above all else, Thanksgiving is a time to get together with family and friends, eat until you’re nearly sick, watch some football, drink too much and argue about things no one actually cares about. Below you’ll find a guide to becoming the best at Thanksgiving, use it wisely and share it with everyone you know who won’t be at your dinner.

Arm yourself with Relevant Useless Facts

The one topic you can be sure to come up on Thanksgiving is Thanksgiving. If you want to be awesome, you should come armed to the teeth with more useless facts than your competition. Remember: It’s only trivial if you don’t know the answer.

Turkey is not Valium

Everyone knows turkey makes you sleepy, everyone knows it’s because turkey is chopped full of that tryptophan drug. Everyone is wrong.

Tryptophan is found in just about any protein-based food. In fact many common foods (including pork chops) have more tryptophan in it than turkey. Turkey is nearly identical in tryptophan content as chicken and beef.

If turkey makes you sleepy, so does everything else you eat. Perhaps your food coma was caused by having eaten over 4,500 calories from three heaping plates of food covered in liquid fat?

History (As written by the Victors)

Q: What is the name of the ship the pilgrims came over on?
A: Mayflower

Q: Who captained it?
A: Christopher Jones

Q: When was the first Thanksgiving?
A: There’s a bunch of argument around it, but the holiday is almost entirely based on the Pilgrim’s feast of 1621.

Q: Who were the Indians?
A: The pilgrims were greeted by Chief Massasoit of the Wampanoag tribe, estimated to be about 30,000 strong.

Q: Where the Indians and Pilgrims Friendly?
A: The 102 pilgrims landed in 1620, about half of them died over the winter causing the Wampanoag to teach the 56 survivors how to cultivate corn and survive their new environment. The 1621 feast was shared with the Indians as friends.

This peace did not last long. Eventually the son of Massasoit, Metacomet (known as Philip to the white man) fought back against the pilgrims encroaching on their land, eventually sparking “King Philip’s War”. Despite almost retreating in defeat, the pilgrims prevailed killing the Wampanoag with reckless abandon until the tribe’s numbers were reduced to less than 2,000. The survivors were then enslaved.

Q: Did they eat turkey at the “first” Thanksgiving?
A: Probably not. The Indians brought deer, they had corn for sure and went out to find wild fowl to add to the menu. There was fish and all the local wild/cultivated vegetables you could find in Massachusetts in 1621.

Born Grown in the USA

Unlike most things we buy nowadays, the staples of a classic Thanksgiving dinner are 100% American. While the whole world knows the best potatoes come from Idaho who knows where the best cranberries come from? The answer is you. 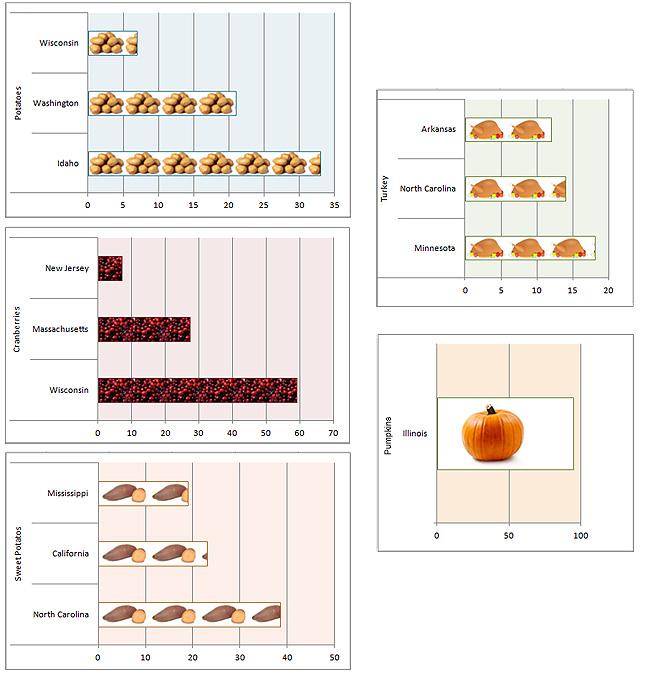 *Each image above shows the percentage of consumed foods produced by the top three states, except for pumpkins where Illinois owns it.

Everyone loves a holiday (okay everyone loves not having to work), but do you have any idea when Thanksgiving became a holiday, or why it’s on the fourth Thursday of November? 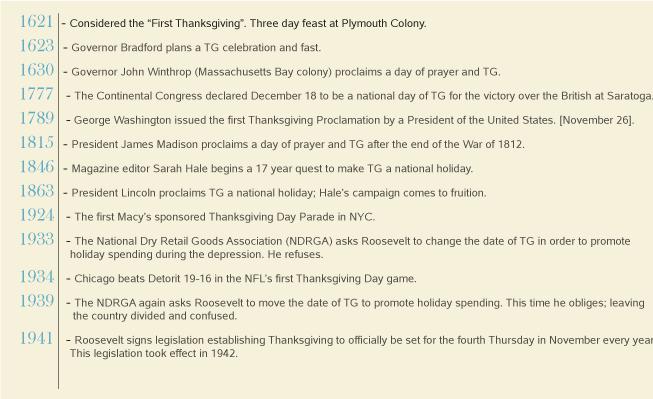 The majority of people aren’t in charge of cooking a thing (only one of you can host), but that doesn’t mean you shouldn’t know what’s what. How else can you give advice and point out everything the chef is doing wrong?

Stuff it up the Turkey’s Ass!

The Cranberries (sauce, not songs)

The majority of you buy cranberry sauce, but if you do choose to make your own from the tart little berries you’re going to need to know how to tell if they’re ripe. Use the Snoop test and drop ’em like it’s hot!

If they’re ripe they’ll bounce. If there’s any argument about whether or not they bounced, they’re not ripe.

Get your Slice of the Pie

Pie at Thanksgiving is as American as apple pie. It’s a scientific fact that 3.14 out of every 4 people love pie; the only question is what type of pie you should go with. Here are America’s most popular flavors of Thanksgiving pie. 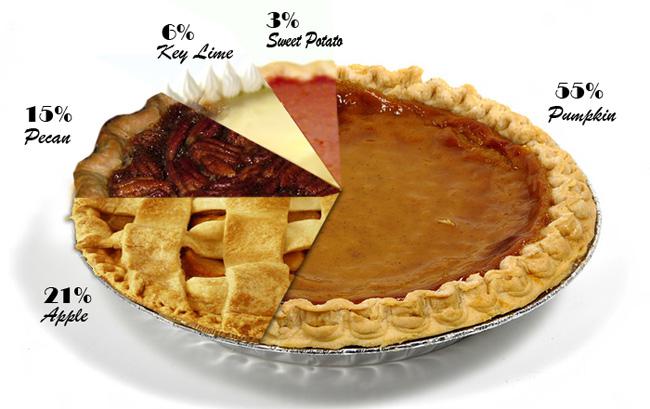 What it’s Really all About

Despite all of the arguments over what Thanksgiving is, and exactly when and why it started, at the end of the day all that really matters is spending the evening with the people you love. Thanksgiving is about family and friends.
Thanksgiving is about being thankful for what you do have, instead of yearning for everything you do not. It’s the one day of the year where nothing matters but football, the food, the drink and the people we get to share it with.
Have a happy, and safe, thanksgiving, America.

Shameless Plug: Get yourself a USA online casino bonus code.