Congratulations to new parents Javier Bardem and Penelope Cruz. The publicly shy duo welcomed their first child, reportedly a boy over the weekend.

According to various reports baby Bardem-Cruz was born at Cedars Sinai Hospital in Los Angeles.

Cruz, 36, first debuted her baby bump while shooting Pirates of the Caribbean: On Stranger Tides in Puerto Rico last September — just two months after she secretly tied the knot with Bardem, her Vicky
Cristina Barcelona costar.

Bardem and Cruz met on the set of 1992’s ‘Jamon, Jamon’ and stayed friends over the years. They started secretly dating in 2007 while filming Woody Allen’s 2008 flick ‘Vicky Cristina Barcelona,’ for which Cruz nabbed a Best Supporting Actress Oscar. They tied the knot in early 2010 in a romantic ceremony in the Bahamas.

A baby bump watch started when photos surfaced of a noticeably larger belly while filming the latest installment of ‘Pirates of the Caribbean’ film surfaced. Her publicist confirmed that Cruz was indeed
pregnancy last September.

Congratulations to the happy family!

Oprah opens up about her half-sister

We are so thrilled that Oprah was reunited with a family member after she reunited so many families over the years.

Oprah opened up a bit more about her newly found half-sister, following her jaw dropping and emotional show this past Monday. 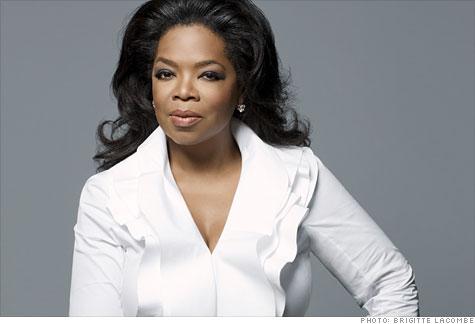 Oprah Winfrey appeared yesterday on The Gayle King Show, hosted by her best friend. She explained, “We’re taking it slow. I think it’s about building a relationship one conversation – one experience – at a time. I think we have…the common interest of our mother. Everybody who’s dealing with an ailing parent understands that process of getting care for them. And we’re speaking regularly about that. I had her to dinner at my house the night before we taped the show. There were conversations about [Patricia’s] family and how I can be helpful. She coming into the family at this time has been a great peace offering, a great symbol of peace-making in this family. I would say I see her as a gift.”

We highly recommend a slumber party to get closer– Play some poker, gossip about cute boys, and try on each others clothes!