This week Beyonce, 30 announced that she was parting ways with her manager. Unlike an ordinary professional split, this is quite different because her manager was in fact her father!

Matthew Knowles is  the brains behind the whole Beyonce brand, which started off with the multi platinum selling band, Destiny’s Child.

Beyonce issued a statement to soften the blow, saying that, ‘he is my father for life and I love my dad dearly. I am grateful for everything he has taught me.’

Beyonce’s decision is thought to have come after the discovery that Matthew had been having an 18 month affair with the relatively irrelevant actress, Alexsandra Wright (good career move Alexsandra!). To make matters even more scandalous, it was revealed that the 60 year old had even fathered a secret love child with her!

There was also rumored to be a rift between father and daughter when Beyonce announced her engagement to rapper, Jay-Z.

Matthew however has claimed that there are no hard feelings in his daughters decision to fire him as he issued a statement where he emphasized the separation between their personal and working lives. ‘Business is business and family is family. I love my daughter and am very proud of who she is and all that she has achieved. I look forward to her continued great success.’ 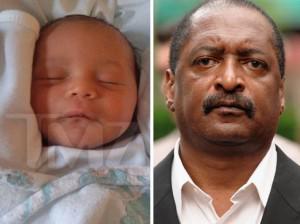 He went on to tell how he has lots of his own projects in the pipeline including the growth of his music label, Music World Entertainment. He hopes to highlight more gospel and inspirational music and said that he has made a ‘tremendous investment’ in the company.

Despite being given the boot as Beyonce’s manager, Matthew is clinging on hard to his managerial position over Destiny’s Child which he hopes will reunite some day.

Unfortunately for him, the band have claimed that they are done for good, whereas Beyonce is working on a new album set to be launched this year.