Courtney Love has lashed out at Kelly Osborne after she had denounced her as a ‘crackhead’ on the E! channel in front of millions. 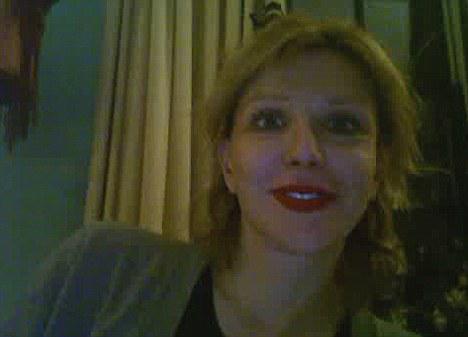 Courtney made the allegations on new video site, VTube

The estranged wife of the legendary Kurt Cobain got her own back by publishing a video online, ranting about Kelly’s drug use. She even claimed that she has come to the 26 year old’s rescue on numerous occassions, ‘I’ve saved her life twice. I’ve done CPR, I’ve put things in her boobs. Oxycontin, cocaine, foaming at the mouth.’

Courtney explained that the young singer in fact has a ‘huge drug problem’ and that her mother Sharon Osborne even paid hundreds of thousands of pounds to PR agents to keep it a secret!

The former Hole singer went on to testify that she has started a fresh, ‘Kelly knows I’m sober, Kelly knows there’s no drugs allowed at my house, I think it’s really lame.’

What came as a strange twist was when minutes after proclaiming her sobriety, the 46 year old admitted that she had actually ‘been drunk this year more times than I have in my entire life.’

With such incoherent babble coming from the mouth of her accuser, Kelly was able to defend herself pretty confidently by posting her passive aggressive views on Twitter, ‘I feel so sorry for you.’

Kelly obviously knew exactly what buttons to press to rile up the disturbed star who responded in her usual classless manner, ‘why on earth do you feel sorry for me? i feel terrible that you feel you have to call me a name you know not to be true in least. I’m not in the mood to do “twitter news” in google . are you? your a good kid. have a great vacay.’ (is that even English?)