Everyone knows that David Beckham’s favorite canvas is his own body, so it comes to no ones surprise that he has made yet another addition to his collection of tattoos. It is the subject however which has raised some eyebrows as he has now branded himself with his own religious body mural. 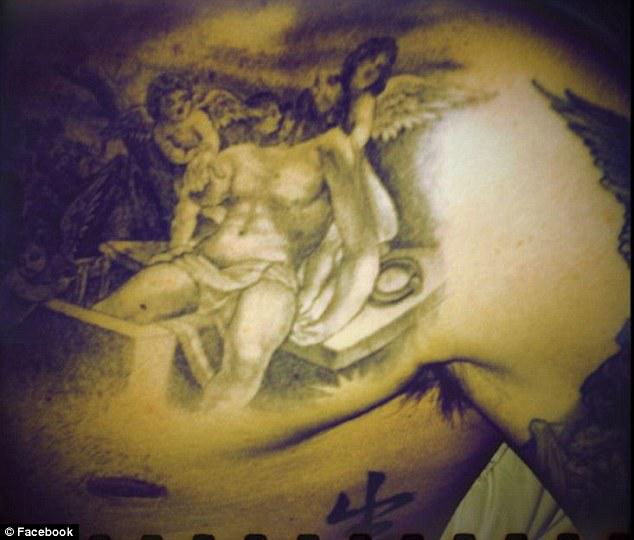 The 35 year old footballer said that the intense image portrays himself as Jesus (not big headed at all), as he is lifted up by 3 cherubs which symbolize his sons Brooklyn, Romeo and Cruz. The tattoo took a grueling 12 hours in total to complete.

The legendary tattoo artist Mark Mahoney did the work at the Shamrock Social Club in LA. Although it has clearly involved talent to do, we think that it belongs more on the walls of an ancient cathedral than on a human being. Mark has had many other celebs sitting in his chair, including Brad and  Angelina, Britney Spears and even Cher! David is thrilled with Mark’s work saying that ‘he’s not a tattooist who goes on and does TV programs. He’s low key and stays out of things and is very talented.’

So what kind of environment do the Hollywood elite want when they go under the needle? Mark explained how the celebs want to enjoy the experience saying ‘it’s called the Shamrock Social Club, not the Shamrock anti-social Club. People come here to relax and have a good time. People always remember the night they got tattooed. That’s one of the things you always remember in life, so I wanted to make that as memorable and as nice an experience as it ever could be’.

With his wife Victoria due to give birth to their next baby any time soon, we hope David has enough of a pain threshold to add one more cherub to his chest.