What do you think of when you picture Heidi Klum? Classy, dignified and beautiful are just a few descriptions that could come to mind, however at Elton John’s post Oscars party she soon became anything but the vision of elegance. In fact she did something that no one would ever have expected of the refined supermodel… Took of her underwear! 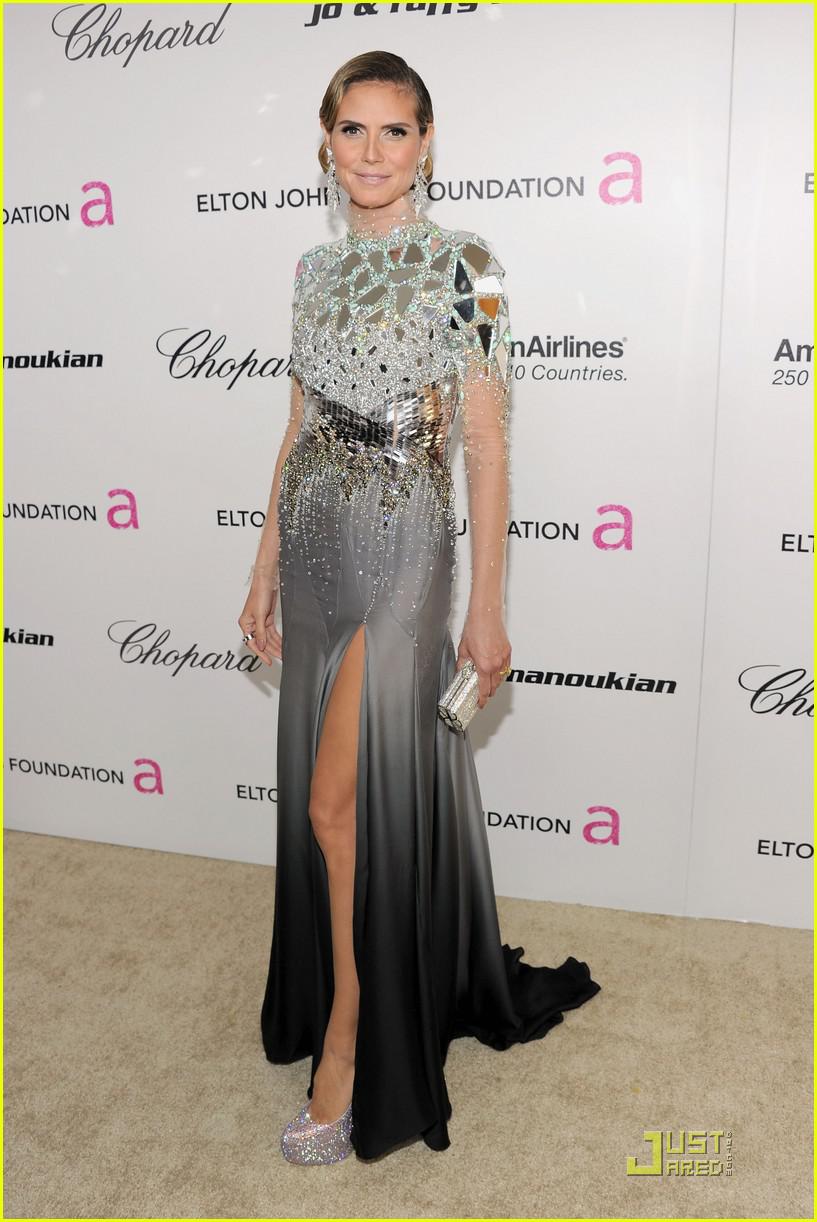 The shenanigans began when the reporter for the Jay Leno show, Ross Matthews approached Heidi with his Oscars goody bag. He asked her to contribute something as a memoir of his first Oscars party. The 37 year old beauty looked into her tiny bag and said ”I don’t have a lot in here that I can give you’. She then proceeded to offer him a very personal gift, ”Oh, you can have my underwear. Wait, do you want my underwear?’ The stunned reporter couldn’t believe his luck as the Victoria Secrets model bent down and pulled her G string down her legs and into the bag. His only response was, ‘Jay will like that!’

Starting off the night in a dazzling, silver, Julien Macdonald dress, it seems that the Oscars excitement (and champagne) affected the supermodels sense of judgment. Heidi’s husband Seal appeared to have been occupied elsewhere as we think that he would not have been so impressed with watching his wife behaving so out of character.

Other slightly less risque gifts that Ross got for his goody bag included Jamie Foxx’s sunglasses, a napkin with a kiss print on from Hayden Panatierre and a visa card from Glee actress Jane Lynch.

We think it’s great that Heidi feels she can be herself and have some fun however we wonder if she realized the mirrored floors!