8 year old Romeo Beckham has been giving his parents David and Victoria some suggestions as to what they should name their soon to be born baby girl. 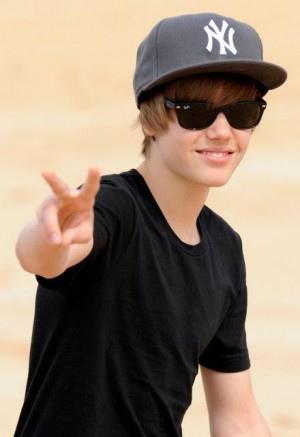 Last night David appeared on the Jimmy Kimmel show and revealed that Romeo had requested that he would like his little sister to be named after his favorite singer. He told how when they found out it was a girl, the 8 year old said, “well, how about Justine Bieber Beckham?”

He explained how his sons are big Justin Bieber fans and were thrilled to meet him at his concert.

Victoria is said to be ecstatic at the thought of having a girl to keep her company after giving birth to 3 boys – Brooklyn, 12, Romeo, 8 and Cruz, 6. The footballer told Jimmy how his wife has said that she is glad not to have ‘another penis in the house’.

The mini Posh Spice is due to be born this coming summer and there is no doubt that she will be the most fashionable baby around.

David finally ended the speculation this month when he announced the sex of their expected baby at an LA Galaxy luncheon, ‘obviously, we’re very lucky to be expecting again, and this is the first time I’m going to say it: It’s a little girl!’