John Galliano has always been known for his extravagance and hot temper, however this time he has truly let out the devil in him. Yesterday a video recording of the Dior chief designer showed him confidently making a revolting anti-semitic rant by claiming, ‘I love Hitler’. He went on to tell the two women sitting with him that they, ‘should have been gassed’.

Oscar winning Natalie Portman who has been a spokeswoman for the Dior perfume has stated that ‘In light of this video, and as an individual who is proud to be Jewish, I will not be associated with Mr. Galliano in any way.’

The stunning actress has always been proud of her Jewish and Israeli roots and stated that she felt utter ‘disgust’ when hearing about Galliano’s comments. His ignorant slurs have culminated in his suspension from his position at Dior whilst the case is investigated. There case seems to be pretty clear though, when someone goes around openly telling people that ‘‘you ought to be dead, your mothers, your forefathers would all be f*****g gassed’.

The two Italian women who are heard on the video are not the only victims of Galliano’s abuse, as many people have now come forward. A Jewish lady has also revealed that she had an encounter with the grotesque designer last year when he called her a ‘Dirty Jew’ and told her that she ‘should be dead.’ 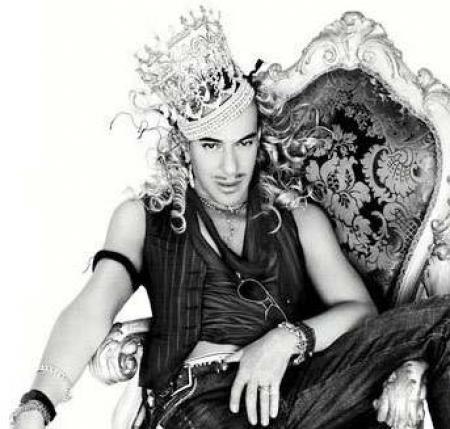 No longer the king of fashion

Galliano’s abuse doesn’t stop with just Jewish people! Asians are also apparently well below his status, as he told a Mr Philppe Virgitti that he was a ‘F***ing Asian b***tard, I’m going to kill you.’ Lovely!

The designer continues to preach that there is no truth in the claims (err well we all saw you say it) and his lawyer has said that the video has ‘no value’. Well we think that Galliano needs to hire himself another lawyer because it looks like he is going down!