Madonna, 52 has always been actively involved in charity work but it has been exposed that a massive £2.4million of her donations have been thrown down the drain!

The legendary queen of pop has fired her board of directors after a school that she planned to build in Malawi did not even open for it’s first day. The charity which she set up herself, aims to help African children that have been affected by AIDS.

So how had the staff at the school been working towards the betterment of humanity? Well it was uncovered last week that the millions of pounds donated by the star, was in fact going towards golf memberships and chauffeur driven cars!

The school itself which was intended to hold 500 pupils, remains non existent with the only brick in place being the one that Madonna put down herself back in 2009.

On hearing this disgraceful news, Madonna fired the board members including her Kabbalah co-director, Michael Berg.

In a desperate attempt to turn the project around and dispel anymore bad press, she has now taken on the help of Mark Fabiani and Chris Lehane who are said to be the ultimate PR Gurus. The pair received praise when they accomplished the heavy feat of saving the reputation of Bill Clinton when he ‘did not sleep with that woman’.

With fees of £18,000 a month Madonna is hoping that she will not be throwing anymore of her hard earned cash into oblivion! 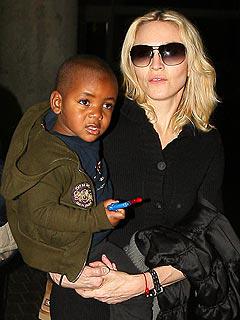 An investigation is currently underway to find out exactly happened to the school. A source said that, ‘Madonna was misled by a series of people, and she was the first to call for an investigation as to how the school funds had been used by the Raising Malawi Academy for Girls. She is the single largest private donor to the country of Malawi, and the vast majority of her programmes have been an enormous success.’

Malawi is especially close to Madonnas’ heart as she adopted her son David from the African state back in 2009.