Nathaniel Dwayne Hale, better known as his stage name Nate Dogg has tragically died at the age of only 41.  The singer who is most famous for completing the trio, 213 with best friends Snoop Dogg and Warren G will be sorely missed by many. Snoop Dogg who met Nate Dogg back in 1986 when they studied together at Long Beach Polytechnic High School, described him as a ‘brother’.

The Gin and Juice rapper described his love and respect for his friend in a Twitter post yesterday, ‘I love you buddy. You will always be with me forever and a day. You put the ‘G’ in ‘G funk’, you put the ‘1’ in ‘213’ and you put your stamp on everybody you ever did it with. I miss you because I am so sad but so happy I got to grow up with you, and I will see you again in heaven, because you know the slogan ‘all dogs go to heaven’.’ 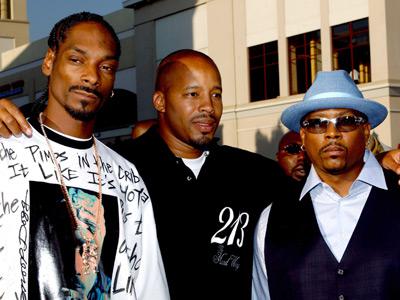 Nate Dogg provided the lyrics to some of the most successful Hip Hop tracks of the 90’s including the 1994 hit ‘Regulate’ and various collaborations with the likes of Dr Dre, Eminem and Tupac. Snoop went on to describe him as a ‘true legend of hip-hop and R&B.’

The singer had been suffering from bad health for a few years, and he was paralyzed by a stroke in 2007. He suffered another stroke in 2008 and although his cause of death has not been confirmed, it appears that he continued to deteriorate.

Snoop Dogg is not the only celebrity that has been deeply affected by the singer’s death as Erykah Badu Tweeted, ‘Nate Dogg… freshness period. Rest in beats’. Comedian Dave Chappelle showed his respect by writing, ‘moment of silence for a hip-hop legend; RIP Nate Dogg. You will be missed, G Funk Era forever.’