Country music has never been so glam as the stars rocked up to the Academy of Country Music Awards. An array of magnificent gowns were worn by the highest caliber of A list celebrities. It was however one 21 year old who caught everyone’s’ eye.

Taylor Swift looked simply stunning in a long gold dress which draped along the floor in a princess-like manner. She greeted fans outside as she spoke about her tour, ‘It’s been crazy being in a different country every couple of days,’ she said. ‘I am a little jet-lagged, but it’s all good.’

Her friend, Miranda Lambert however could not have been less elegant as her breasts were barely held in by a flimsy, low cut white Grecian style outfit.

Despite not succeeding in the fashion stakes, the 27 year old singer shone in terms of her music. She won four gongs which she collected whilst awkwardly faffing with her dangerous outfit. 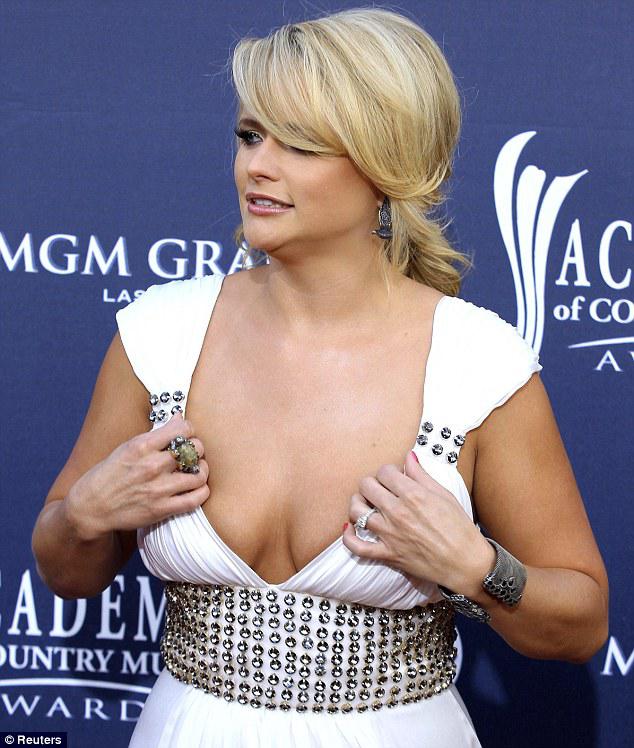 making a bit of a boob

The awards were held at the MGM Grand Garden Arena in Las Vegas and everyone showed up for the star studded event. Other stunners on the red carpet included Carrie Underwood who wore a gorgeous and daring purple frock, professional surfer Bethany Hamilton in a long blue number and Nicole Kidman who looked as spectacular as ever.

This is the 46th year of the awards and the theme stayed faithful to it’s Vegas surroundings with a casino layout.