They have both constantly claimed to just be friends but the sight of Shakira, 34 and Gerard Pique, 24 getting onto a flight from El Prat airport in Barcelona holding hands and looking as if all their Christmas’s had come at once makes us think twice. They were also spotted holding hands leaving a restaurant whilst on the trip. All we know for sure is that when a man and woman hold hands it’s rarely because they are just bosom buddies!

Only a month after her 11-year relationship with Antonio de la Rua, Shakira seems to be following the celebrity trend of moving on insanely fast! Photos from Gerard’s birthday a couple of weeks ago also suggests that the FC Barcelona player and the hip shaking pop diva may be an item. Pictures show the pair having an awful lot of fun together. It also seems a little obvious when Gerard recently changed his Facebook profile picture to him and Shakira. The two met a year ago on the set of the video for the official 2010 World Cup song, Waka Waka (This Time for Africa). 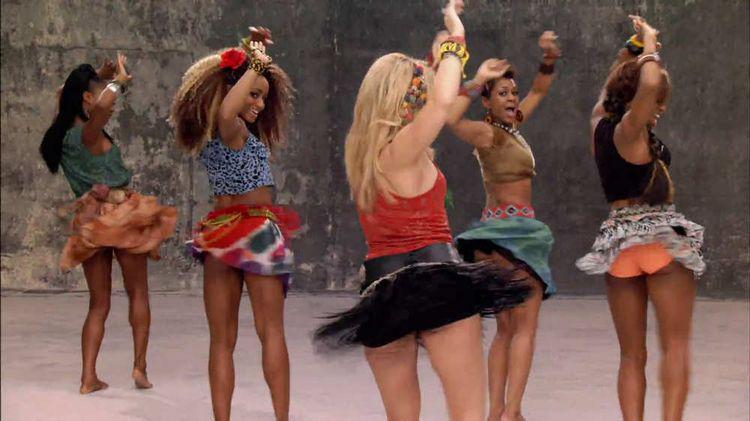 No wonder Shakira caught Gerards' eye on the set of 'Waka Waka'!

Despite all of the evidence leading to them being a couple, Shakira is still denying rumors but in a somewhat playful way joking that ‘you shouldn’t take any notice of waka-rumours.’ The idea has even been proposed that Gerard had something to do with Shakira’s recent breakup which he strongly denies claiming that ‘there’s nothing more to it. I don’t know anything about the break-up. We’re just friends and that’s that.’

A Barcelonian boyfriend would make Shakira’s recent move to the city even more perfect and she seems to be loving life in the city of Gaudi, telling reporters that she is ‘very happy.’ Her magnificent property is on the side of an old convent and it seems to be the most romantic location for a new relationship.

With Gerard’s football manager putting pressure on him to set the story straight once and for all, it leaves an open question as to whether they will finally reveal what everyone has already presumed.