Sharon and Ozzy Osbourne opened their home up for millions of viewers to see their luxurious and exuberant lifestyle in their reality series, however now they could be at risk of losing it all!

The lavish pair have run up a tax bill of over £1million and they are thought to owe more than $1.7million to the IRS.

The infamous couple have put their  £6.1million beach house in Malibu on the market in the hope that it may help their embarrassing situation.

A legal expert told papers how unusual a case like this is for the IRS, ‘It’s relatively rare for someone to owe the IRS this amount of money. If the Osbournes are not able to work out a means of paying the debt in other ways, the IRS will foreclose upon the home and they will lose it.’

Sharon admitted on Twitter that, ‘you can’t rely on anyone but yourself. You have to be on top of your own business affairs. My fault… lesson learned.’

Despite receiving a massive £100million from being the singer of rock band Black Sabbath, Ozzy’s riches are thought to have taken a hefty blow during the financial credit crunch in America. 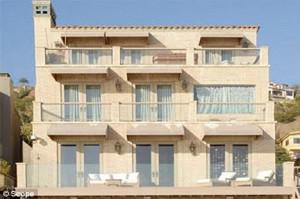 A source close to the family said, ­’everyone is very worried. The ­Osbournes have always had ­buckets of cash. But the Osbourne brand isn’t doing as well as it was some years back. The family owns a lot of properties around the world – and a lot of homes require a lot of maintenance.’

‘Sharon is doing everything in her power to get this settled behind closed doors. She is confident it will be taken care of.’

Despite possibly having to sell one or two of their many properties we are not too worried that the Osbourne’s will be left out on the street. If they are left totally homeless however, we think Ozzy might receive some pretty good donations if he were to try busking on any street corner.