It’s over! The couple that seemed like they may actually make it has succumb to the immense gravity of Hollywood relationships. Justin Timberlake and Jessica Biel have said goodbye to their 4 year romance but things don’t seem to have ended badly. The pair hope to still be friends and a source said that ‘The two remain friends and continue to hold the highest level of love and respect for each other.’

Signs started to show of a puncture in the Timberbiel when Justin appeared at the Oscars with… his mum. Also when Jessica planned a surprise birthday party for the ex *NSYNCER a couple of months ago, people noticed that there was an awkwardness between the pair.

At the bash, the ‘A-Team’ actress stood up and did a speech for Justin. She spewed her feelings to everyone about how in love she was and how much her singer turned actor boyfriend meant to her. After the speech the crowd waited with baited breath for Justin’s response, which turned out to be an unappreciative, ‘‘Yeah b*tches!’ Onlookers were embarrassed for Jessica and one guest said that the atmosphere became ‘It was really awkward,’ the source told MailOnline. ‘Justin’s reaction was almost disrespectful. He just laughed it off.’ 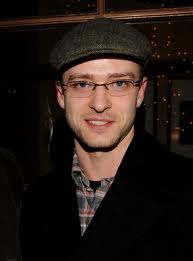 The newly single Justin...Offers anyone?

It comes as no surprise that the decision to end the relationship was Justin’s, and the stunning actress is said to be ‘devastated’. It appears that Jessica was besotted with Justin all along. She has said that after they met one night at a bar back in 2007 and they exchanged number, Justin didn’t even call.

It was ‘The Illusionist’ actress that in fact did the pursuing as she took the slightly stalkerish move to drive to his home in LA! Although he did eventually call, it seems that Jessica’s overt public displays of affection and loved up behavior has made Justin run mile!