It all started in late 2005, when the world started hearing whispers of a new phone being created in secret, one phone to rule them all.

Ever since the first rumor of an Apple built mobile phone, the web has been constantly flooded with rumors of when we’ll see the next version, and what that new version will bring to the plate. Unfortunately the majority of these rumors turn out to be complete and utter bull#$%!.

So we went ahead and tracked down every major iPhone rumor from 2005 up until yesterday. We kept each entry to the original poster of the rumor, ranked it on how big/detailed it was and its accuracy.  After using the date of the rumor as a modifier (more points going to earlier rumors) we came up with rankings for all of the main sites to offer iPhone rumors and leaks.

The infographic below highlights some of the best and worst rumors for the iPhone4S release, as well as the top 5 most and least reliable sources for iPhone rumors.

Click on the image below to be taken to the full infographic. 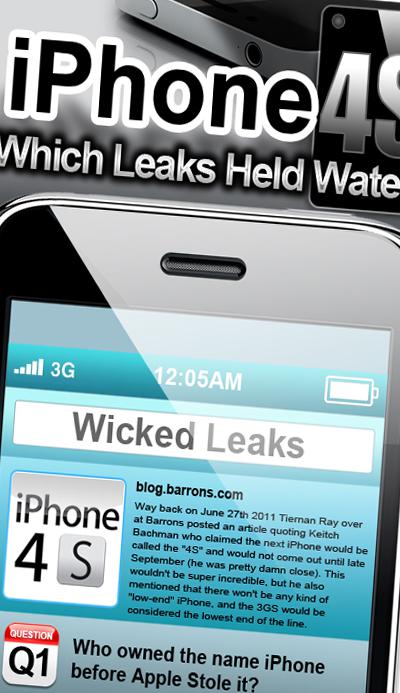