Disney bought Star Wars and will be diluting the brand by putting out as many movies as they can sell as quickly as they can produce them. This is old news, but what about all of the other ways Disney will try to squeeze a dime from the storied franchise?

Disney did not buy Star Wars from George Lucas out of any sort of nostalgia, love or desire to genuinely contribute to the Star Wars Expanded Universe. They purchased the brand to bleed it dry and fill their executive swimming pools with Imperial Credits (that’s money to you non-geeks).

In addition to all of the (likely terrible) movies they will be advertising on every square-inch of available advertising space in America, Disney is bound to diversify and really make the most of their new toy. 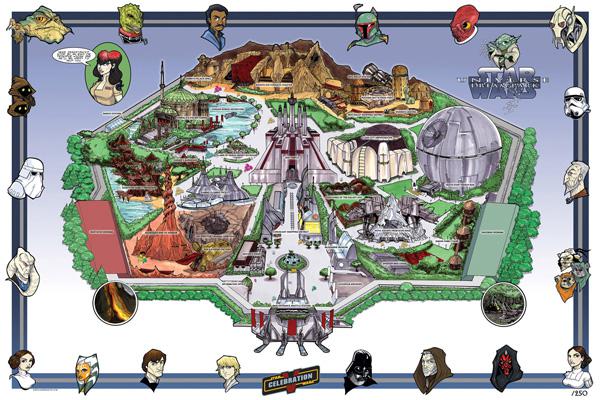 *Image thanks to Tom Hodges

Currently Disney has some “Star Wars Weekend” junk going on at their theme parks, but it’s not far-fetched to believe they could end up creating an entire theme park. The image above is by artist Tom Hodges, it’s a concept theme park from his brain based on the 1966 Disneyland map.

To be honest, it would be pretty terrific if this happened. You could enter through the Endor, grab a drink or ten at the Degobar and make your way to Tattooine for some souvenir ink. Perhaps even enjoy the hot springs, unless you think it’s Mustafar to walk.

P.S I know the name “Star Wars World” sucks, but let’s be honest: there’s no way Disney would name it anything but that or “Disney’s Star Wars World”. 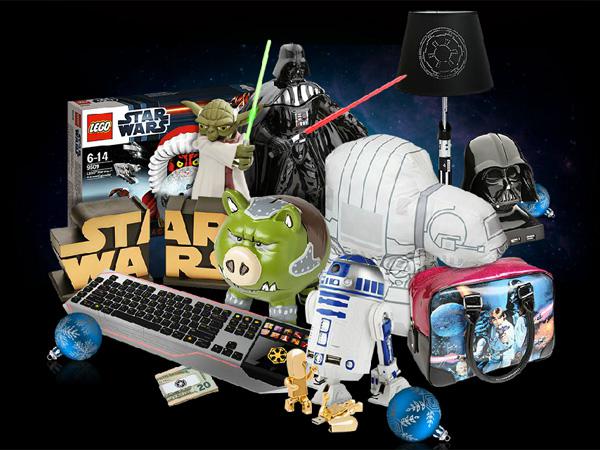 The only person who understands the value of merchandising more than Disney is George Lucas. Now that Disney owns the rights to everything you loved as a child expect to see some serious Star Wars junk being peddled shortly; such as: 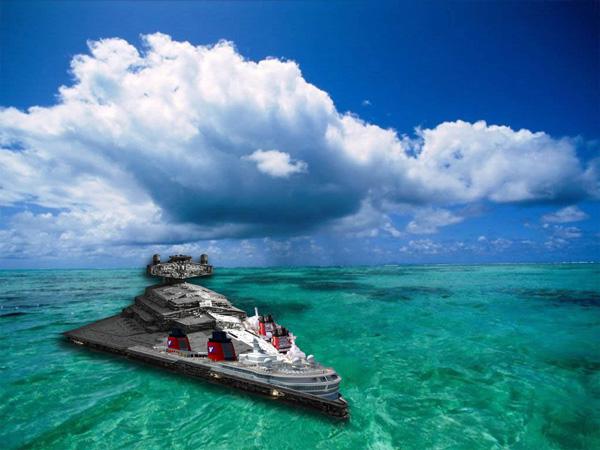 Self explanatory: expect the poop deck to be crawling with screaming kids swinging plastic lightsabers while their parents drink excessively in an effort to forget that damn Cantina Band song ever existed.

There are already a bunch of Star Wars card games out there, but none with the Disney logo showing up on the package. It’s just a matter of time until Disney pukes out some board, card and video games. We figured we’d beat them to the punch and do their work for them.

This posting has been brought to you by Silver Oak Online Casino.