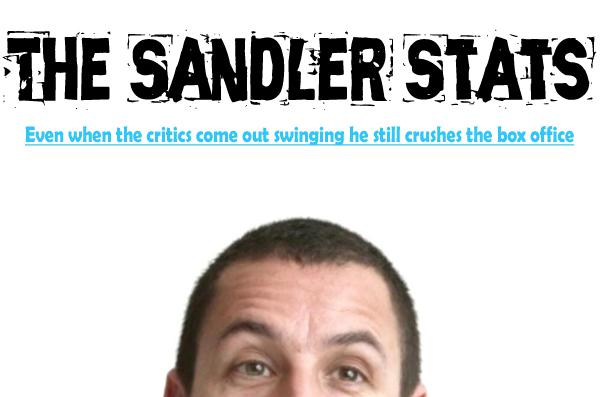 Adam Sandler has been making Blockbuster movies for nearly two decades. Along the way he’s faced his share of criticism yet continually proves that his films keep fans coming back for more. With his new movie set to open Friday June 15th, we decided to look at the catalogue of work he’s put together in the 17 years since the debut of his comedy cult classic Billy Madison.

What we noticed, besides the fact that Sandler has an affinity for playing the role of bachelor millionaire, is that his simplistic comedies make the most money at the box office but it’s his more serious (often dark) films that are received better by fans and media (as per Rotten Tomatoes ranking system).

To embed this infographic click in the box below then hit Ctrl-C to copy.