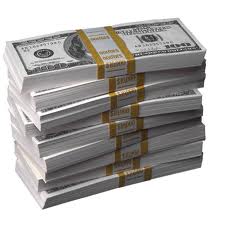 Two thieves were robbing an apartment in a high-rise.

1st thief: Oh! The police are here. Quick! Jump out of the window!
2nd thief: But this is the 13th floor.
1st thief: Hurry! This is no time for superstitions.

Superstition, when it sets in, is a powerful force. It kicks logic and reason to the curb. Cause and effect become entangled to the point where the individual fabricates a belief out of thin air. And while many superstitious are ubiquitous across cultures and generations, many are often specific to the individual. In other words, superstitions are completely arbitrary.

But hey, if it makes people feel more lucky then who’s to say they aren’t right? To each their own.

The superstitious gambler knows all too well the grip ones thoughts can have over common reason. The human mind, capable of simultaneously performing millions of complex functions at once,  has evolved to allow us to think, reason, and communicate with the world around us. Our innate ability to constantly (and instantaneously) observe and respond to infinite environmental stimuli is what keeps us, and every creature on earth, alive. We use logic and reason to keep on keeping on because, well, it’s how nature made us.

But sometimes our minds can stray from reason and mis-associate such things like cause and effect and lead us down a road replete of superstition and lucky charms. You can ask a superstitious gambler to explain what their superstitions are but you can’t get them to explain why they think they work. It’s about belief. It’s about trusting in the supernatural. Like religion, it is founded on blind faith.

Gambling, by definition, largely relies on good fortune. It can’t hurt to have a lucky charm or two on your side. It doesn’t stop there. Many superstitious gamblers alter their behaviour in order to maintain or regain their lucky ways. Some people won’t enter a casino through the main entrance. The old MGM Grande entrance in Vegas was in the shape of a giant lion’s mouth. Players saw that as a double curse since it was symbolic of walking into the mouth of the beast. 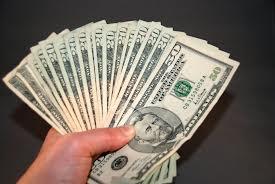 Then there’s the bad luck that for some reason surrounds the $50 bill. Many casinos won’t even distribute payments to players in $50’s because they simply won’t take them.

Here’s another one. Whistling while gambling is said to be bad luck. People have different reasons as to why this has come to be. It might have something to do with the belief that whistling at a graveyard helps to deal with the difficulty of loss so it’s possible that gamblers link it to that. Perhaps they don’t want to consider gambling their profession so they make sure not to “whistle while they work”?

It’s also a gambling faux pas to count your money at the table, as Kenny Rogers is famous for popularizing. The same can be said for crossing ones legs when making bets. It’s said to “cross out your good luck”. This could be why slot machine seats are so close to the machine.

In Asian cultures, players wear red for good luck. Some people say that when the sun is still out you should only bet on Red at a roulette table.

The world has hundreds, if not thousands, of superstitious ritual, charms, and beliefs. Luck, which has been researched for centuries, is highly correlated to positive mental  attitude. While superstition can sometimes weigh on a person’s psyche, it does do its part in letting folks feel at ease and at their optimal position of good-luck receptivity. You can’t fault a person for trying.

With over ten years experience as an online writer and content specialist, Peter has written for a wide variety of clients and industries. At various points, he has helped define the online voice for clients such as Nintendo, Nike’s Jordan brand and Electronic Arts. For the last number of years, he has specialized in writing for the online gaming world, for clients such as Bodog and Silver Oak Casino.