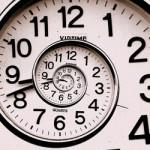 So picking up from my last post, online gambling has come a far way since all we could do was pretend to gamble in a very simple program that came in a floppy disk. In my last post, I covered online gaming software history up until players began to worry about the reliability of random number generators (RNGs) and when some players began to express their dislike for the “artificial”/virtual aspect of online casinos.

In order to get these players to join online casinos some companies decided to have their RNGs tested by independent companies (some of those were even formed by online gamblers with a taste for math and are really big gambling authorities today) specialized in security and in fair play. This gave the industry a lot more credibility and players slowly began to trust online casinos as reliable places to gamble at.

The next step was the introduction of the live dealer feature. Even though not all casinos offer it, a lot of casinos nowadays have a camera setup in front of a human dealer. When players start playing roulette, blackjack and other games of the sort they can see an actual dealer spin the roulette and deal the cards. This attracted a lot of players to the industry as they perceived online gambling as a more realistic environment that could be easily accessed.

Finally, coming closer to our days, players went from playing in their desktop computers to playing in laptops. This was a great advancement as it allowed players to gamble while waiting at the airport, before meetings and in breaks. However, soon after players realized that they also wanted to gamble while in the train, bus, when they are in the line for something, etc, as this are moments at which they are not doing anything.

As a result we have seen online casinos go into the mobile gaming venture and players can now access casino games from their cellphones at any time. At this point in time I can see that the next step will be something related to social networking as it seems to be the big thing right now. Do you agree that casinos are going to take even further evolutionary steps in that direction? Let me know with your comment on this post!