Online Blackjack and most especially live action blackjack can be intimidating to newcomers. If you sit down at a blackjack table, you will notice fairly quickly that there is a culture of efficiency that dominates most tables. This behavior is not without good reason: people want to win, and as much as possible. If you make a terrible play, especially if it ends up costing one or all of the other players money, the reaction can range from mild anger to a socially disruptive rage that requires the attention of the security guard.

Nowhere is this behavior more pronounced in the game of blackjack than when it comes to splitting. Many people ignore this option except for the obvious hands like aces, whereas some players split their hands way too much.

Much of the fun at the casino, whether it is online or in-person, comes from being able to make decisions just like this one with an air of authority. You don’t want to be scolded for your decisions; you want to be praised. That’s why we have assembled this guide for splitting in blackjack.

We’ll walk you through everything you need to know, complete with examples if you want. By the end of this blog post you will have the knowledge to sit down at a blackjack table anytime, anywhere without any fear of an unjust ostracism. The road to greatness begins here.

How You Fit into the Game: Not Being a Moron

When it comes to splitting, the idea is fairly straightforward: if you get dealt pairs, you can split them into two different playable hands. Splitting can prove to be advantageous, or costly depending on your decision. Unlike doubling down, splitting your hand means that you alter the flow of the cards.

That is to say the following: splitting your hand is the type of decision that can cost everyone else money, regardless of whether or not you win. For that reason alone, it is important to ensure that you split your hand wisely. As mentioned above, the essence of blackjack revolves around playing with people that are (for the most part) making smart decisions. Luck is like misery in that it loves company. A table where everyone is winning has a certain “more than the sum of its parts” energy that is unmistakable.

If you are playing unintelligently, people are going to point and laugh at you, and then most likely leave you to play alone. You don’t want that, so try to be considerate when you decide to split your hand.

Splitting is: Doubling Your Chances to Win (or to Lose)

Fundamentally, splitting is not unlike doubling down. You are doubling your bet, just in a different way. This is an important thing to keep in mind because you are playing Silver Oak’s online blackjack to win money! If you are on a roll, and the opportunity presents itself, then winning double your money is something that you want to be consistently doing when you play—provided that it is the right play.

The difference between the players who go on a run and win a bit of money and those who walk away with an absurdly large sum comes from splitting and doubling down. These tools are available for you to use, so do not be shy about using them. As for insurance. Unless you are a card counter, you don’t need to worry about insurance. Just forget about that completely.

All right. Let’s get granular.

When NOT to Split

We will start with the instances in blackjack online where you should not split. Since you are doubling your normal bet, you want to be keenly aware of the hands where you have a much higher chances of losing half your bet.

The logic:  You never want to split up having ten or twenty. These are both almost guaranteed wins. As for the fours, you shouldn’t trade in your good chances at 18s or 20s for pairs of losing 14s or 15s.

Things are about to get a little confusing, so before we dive into the specifics of the long version, let’s look at a version that is (slightly) less effective, but much easier to remember:

The above method, while succinct, can be improved. The most optimized approach to splitting cards in blackjack online or in-person is as follows:

You should always split the following:

If the dealer is showing a two through six, split the following:

If the dealer is showing a two through seven, split the following:

If the dealer is NOT showing the same card or anything higher, split the following:

The logic:  So long as statistically the dealer looks like they are going to bust, you want to double the number of hands that you could win money from.

Have Fun and Win BIG

That concludes our tips for splitting in online blackjack. Hopefully you are thinking to yourself, “Wow! That was easier than I thought!”

The final step is to take what you’ve learned and put it to the test. Try out your new skills on Silver Oak’s Free Play blackjack games. Once you have mastered those skills jump into some real money games and start making all the money that you used to be missing out on.

If you are looking for a full, in-depth summary for playing online blackjack, check out our How to Be a Winning Blackjack Player article and continue expanding your knowledge base to include things like the win percentage of the different version of blackjack available, which hands to hit on, which hands to double on, and much more.

When NOT to Split: Fours vs. Seven

The following example illustrates when not to split perfectly. 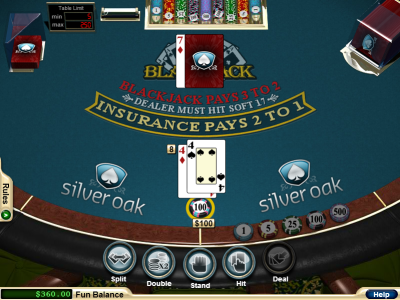 Statistically, both you and the dealer are going to receive a ten point card, in which case you have the winning hand (remember: the dealer does not hit on 17). By splitting the fours you are more likely to end up with something less, and lose both of the hands. There is no reason to split in this instance.

When NOT to Split: Tens vs. Seven

Let’s try practicing our restraint with another example on when not to split. This time we are looking at tens vs. seven. 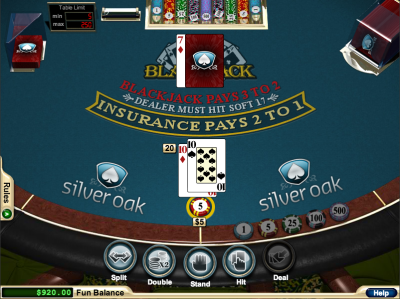 The reason that we do not split up the tens here is because this basically a guaranteed win. The chances of the dealer either busting or settling for an 18 are extremely high. There is a certain found with double tens, or any other double ten-point combination, but remember: this is the second best hand. Just leave it alone. 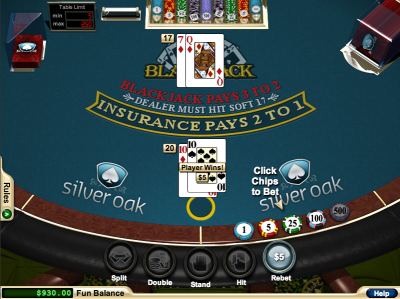 As we see, the hand plays out as it should statistically: the dealer has the most common card, a ten-point card, and the dealer stands at 17.

When NOT to Split: Fives vs. Six

Here, we have fives facing the dealer’s six. It is tempting to split here because with the dealer showing a six, chances are the other card will be a ten point card, giving the dealer a 16, which is the hand that is most likely to bust. 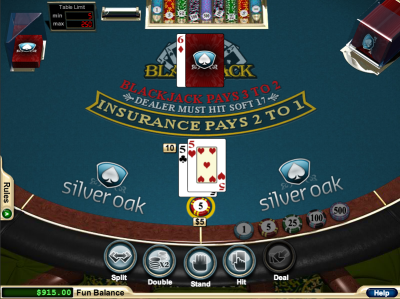 So, if you split the fives up, you could potentially win two hands. However, if you have ten points, chances are you are going to get another ten point card. Which means, like the example above, this pretty close to a guaranteed win. 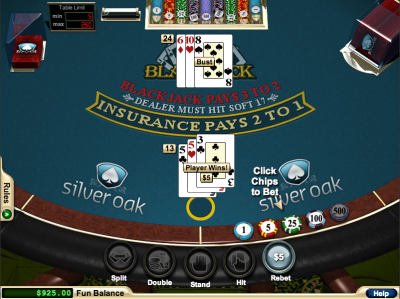 Here, we see that we actually do not get a ten point card, but the dealer still busts as expected. In this instance, if you are feeling particularly lucky, you could always try doubling down. It would net you the same amount of money if you were to split, but with better odds.

When TO to Split: Eights vs. Six

In this scenario we see that we are showing eights and the dealer is showing a six. This is a perfect opportunity to demonstrate when to split, and how it can work exceptionally well. 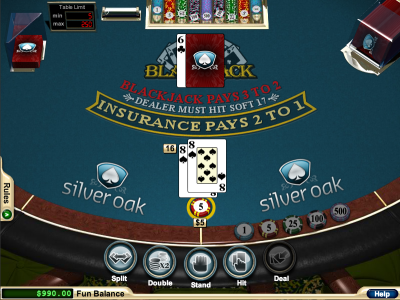 This time it makes sense for us to split our hand. As we’ve seen already, statistically the dealer is going to bust if they are showing a six because the other card is likely a ten point card. Likewise, we are probably going to receive ten point cards for both of the eights if we split them. So, what do we want to do? 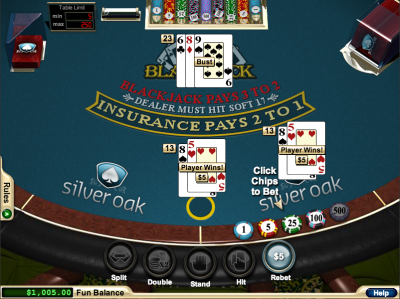 We are going to get in as much money as possible, so we split.