The 4th installment of the Craps Strategy Guide series covers the Don’t Pass bet, otherwise known as The Pass Line’s evil twin.  Why does betting on Don’t Pass get such a bad rap?  Read on and find out!

How to Bet on Don’t Pass

Simply place your wager in the area of the craps table highlighted below in orange: 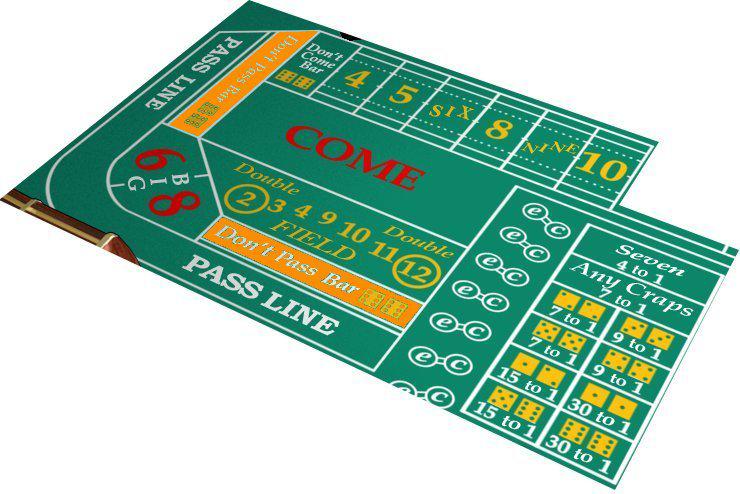 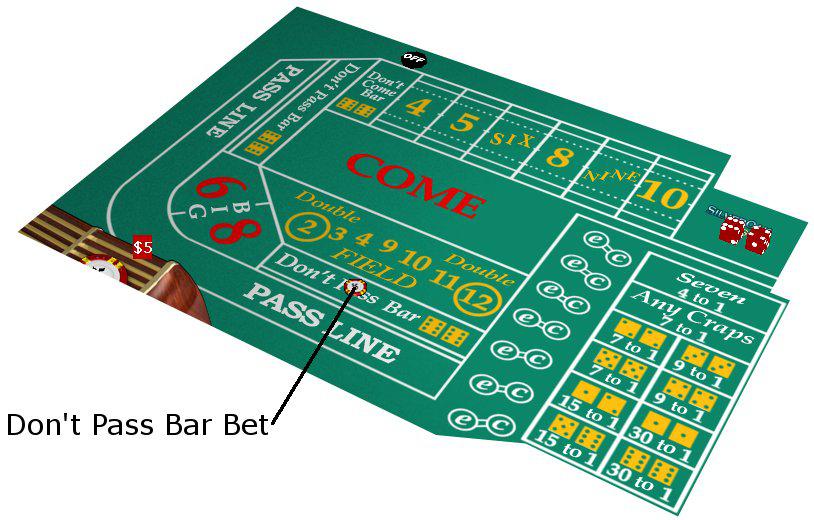 When to Bet on Don’t Pass

What is a Don’t Pass Bet?

By placing a wager on Don’t Pass , you are betting that the roller will roll craps (2, 3, or 12) on the first roll of the turn or that he will roll a 7 after a point is established.  In effect, betting on Don’t Pass is equivalent to betting that any wagers on the Pass Line will LOSE.

Lets go through a full turn to make it a little more clear how this works.  After placing a bet on Don’t Pass , one of four things can happen on the first roll of the turn: 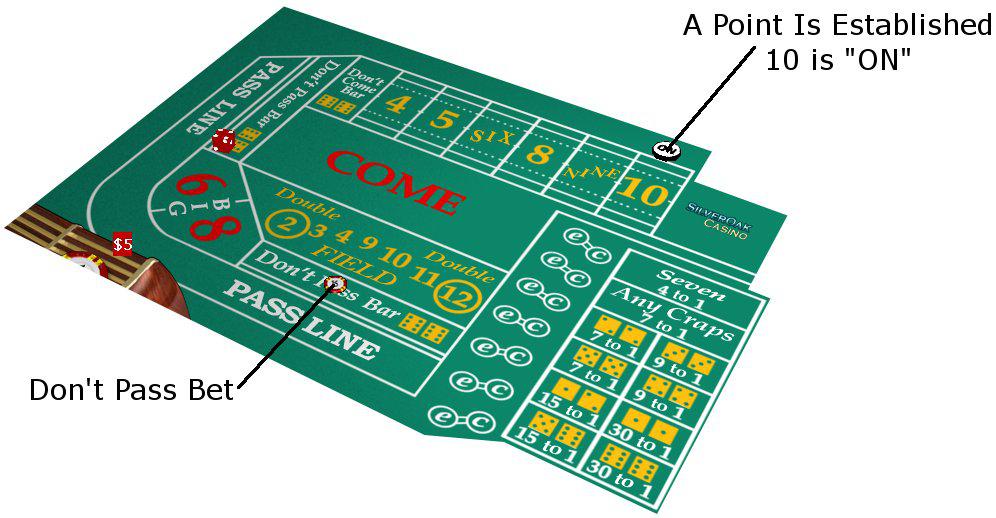 In this situation, one of 2 things can happen:

As you can see, a Don’t Pass bet WIN whenever a wager on the Pass Line would LOSE, hence the name.

Odds can be placed on a Don’t Pass bet any time after a point has been established.  Just like all other Odds Bets, odds put on a Don’t Pass wager have no advantage to the casino.  As always, if you can afford it, put as much money as possible on odds bets for the highest payouts.

To put an odds bet on your Don’t Pass wager, simply place a chip in the area highlighted below: 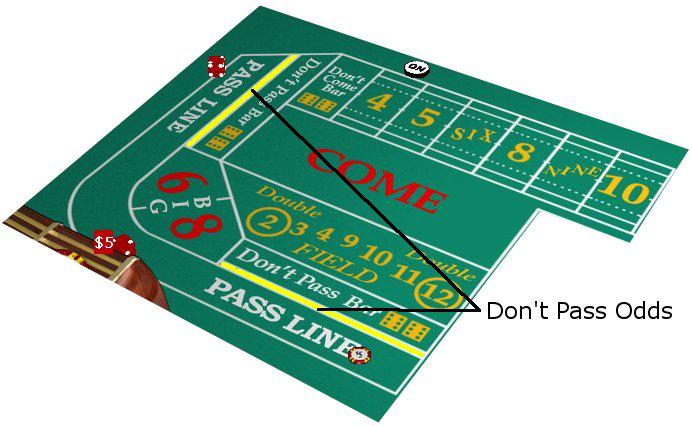 As always, I recommend downloading a free craps game to gain some confidence betting on Don’t Pass before trying the real thing.

Going back to the introduction, I said that the Don’t Pass bet is like the Pass Line’s evil twin.  I say this because more often than not, people playing craps in a casino will place bets exclusively on the Pass Line and will be rooting for the shooter to not roll a 7 once a point has been established.  If you choose to bet on Don’t Pass, you will be forced to root for the shooter to roll a 7 and everyone to lose on their Pass Line bets.

Don’t expect to make any friends betting on Don’t Pass in a casino.  The advantage of playing online is that you can throw as many bets as you want on a high odds Don’t Pass bet without fear of being booed out of the casino.  If you have a story about playing Don’t Pass bets in a casino, make a comment and share!

Have any questions about making Don’t Pass bets?  Ask your question in the comments below!