The normally camera shy and private David Arquette has decided to talk openly about his battle with drugs. If you were going to reveal such personal information who would you choose to speak to? A friend? A lover? Well in David’s case he chose Oprah Winfrey, and the 21 million viewers!

The ex husband of Courtney Cox appeared on the show this week and revealed how he has just come out of the Betty Ford rehab facility.He said that he had admitted himself for alcohol and emotional issues.

Oprah knowing exactly how to suck all the gory details out of any celeb asked him when his addiction began. David, 39 described how he had his first beer at 4 years old and even stole weed from his dad at the tender age of 8! Whilst we were all playing with toys and sipping milkshakes, the ‘Never Been Kissed star says, ‘I was down in the basement with my dad and beer was there and I just grabbed it and drank it. And I remember that. It’s one of my earliest memories.’

David went on to tell how as he got older things became pretty serious, and how he became a ‘serious drinker at 12! He told Oprah how his friends and family became very worried. He even explained how Courtney and his sister were there by his bed when he woke from a drinking binge. ‘I came back from Miami and I had taken a nap and I woke up and Patricia and Courteney were at my bed. I was like, “What are you two doing here together? I go, ‘What up, turkeys?'” he recounted. “‘I guess this is my intervention!'” 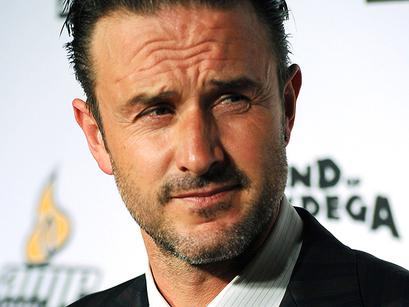 David says that he is on the road to recovery

David claims to have been sober since December and we certainly hope that he continues this way. With a  young daughter to bring up and a career to cling on to, we don’t want our favorite Scream star to disappear in to the realms of addiction!